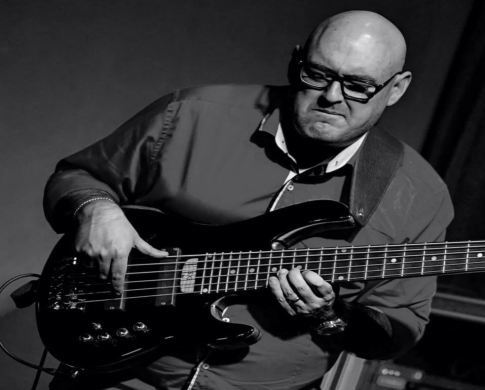 Astar Studios would like to pay tribute to Simon Goulding who was their resident bass player for the last 10 years.

Simon passed away recently after suffering a long battle with Cancer.

Andy Ross who owns Astar said “Simon is without doubt the greatest musician I have ever known. His ability to play in all styles of music and the creativity which he could bring to a project was second to none and I would place him up there with the worlds very greatest bass players.”

“I was blessed to work with him for a decade not only becoming great friends but creating great music. Simon will be missed by so many and is truly irreplaceable and I urge anyone wanting to pick up the bass to purchase all of Simon’s tutorials from www.simongoulding.com.”

“Simon was a great man and so humble and I don’t think he fully appreciated just what a special talent he was. My sympathies go out to his family.”

Here is some behind the scene footage of Simon playing a solo at Astar below.

A producer’s search for the perfect monitor setup