Among its many awards and accolades Astar Studios is immensely proud to have achieved top 4 finalist position for ‘Best Studio’ and ‘Studio of the Year’ in two consecutive years at the Pro Sound Awards, held at London’s Ministry of Sound. The prestigious awards, likened to the music production equivalent of the Brits honour excellence in recording and live music production across Europe.

Astar was selected by a panel of independent judges – experts drawn from across the pro-audio spectrum who recognised the quality of the studio and the innovative approach of its Mercury Prize nominated producer owner Andy Ross who has created a stunning sounding recording studio to serve artists at every level including the growing independent music sector. Andy has also been honoured in the top 50 ‘Rising Star’ producer award category.

Andy  stated, “I am proud and delighted that the quality of our studio and the uniquely innovative approach we have taken has been acknowledged at the highest level. At Astar we aim to provide an enjoyable recording  experience and creative environment where artists can express themselves freely and feel inspired to produce their best performance.” 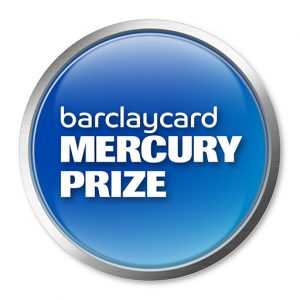 Within 3 years of opening Astar Studios, its writer/producer owner scooped a Mercury Prize ‘Album of the Year’ – an achievement that advanced the status of Andy Ross towards the producer premier league, sparking the interest of artists, managers and record companies.

‘Golden’ by the Kit Downes Trio (Basho) was released to critical acclaim receiving 4 stars from the Guardian and Observer jazz critics. The album that was the surprise contender for the prestigious Mercury musical crown alongside artists such as Dizzee Rascal, Paul Weller and Corinne Bailey Rae resulted in widespread recognition for the unique approach producerAndy Ross has taken since opening Astar Studios, where the emphasis is on what matters most – superbly designed acoustics, an outstanding technical spec and engineering and production of the highest possible standard.

Andy Ross told us, “When I heard the news I felt totally elated and delighted for Kit and the band who are such talented musicians. Personally I feel so proud that the quality of my recordings and sound from Astar Studios has been judged at the highest level as worthy to sit alongside those of the other more established and big budget album nominees including the legendary Paul Weller.” Andy first met Kit Downes in 2008 when he came to Astar Studios to accompany double bassist Calum Gourlay on a recording for ‘The Yamaha New Jazz Sessions’ with fellow Royal Academy of Music student James Maddren on drums.

From that recording The Kit Downes Trio was born, they signed to Basho Records and Kit called Andy to invite him to record the trio’s debut album ‘Golden’. Kit returned to Astar to record a solo piano composition, ‘William Cooper’ for the Yamaha New Jazz Sessions CD series.

Close Menu
We use cookies to ensure that we give you the best experience on our website. If you continue to use this site we will assume that you are happy with it.OkNoPrivacy policy